A forum for sharing views on the art of film, video and AV sequence making as well as on competitions, judging and festivals.
Post Reply
2 posts • Page 1 of 1

It is with a heavy heart that I pass on the sad news that Ladislav Františ passed away last night after a long illness.

Ladislav (or Lad), as many amateur filmmakers will know, was the long-standing director of the ARSfilm festival (Amateur Art Film Festival) in October and SeniorForum (for film-makers over 58 years old) in December, two of the Czech Republic’s most influential and iconic film festivals held in the beautiful Moravian town of Kroměříž.

I have been trying to think what I will most about not seeing Lad again and I have come to the conclusion that it will be his heart and spirit: it was huge. When he and his wife Alena first visited my wife and I for a holiday in North Bohemia some years ago, he came laden with so many gifts we thought it must be Christmas: present after present was unloaded from the boot of his car, everything from red umbrellas and mammoth coffee-table books and Moravian wine to boxes of delicious Czech chocolate.

They say that Californian men are laidback, but those who say it had clearly never met Lad. Nothing fazed him. Alena explained that he came from a town in Moravia where all the men are like that. When he last visited us we were driving in Jablonec-nad-Nisou, a town famed as the capital of Bohemian glassware, when there was a sudden bang at the front of the car before the vehicle ground very loudly to a halt. Part of the front suspension had broken and pushed its way through the top of the bonnet of the car. My wife arranged for the car to be towed away to a local garage where they told Lad that a part would have to be ordered and it would take a week to arrive. He shrugged his shoulders, saying impassively in Czech “OK, no problem.”The next day he and Alena set off on a 370 km three-and-a-half coach journey back to Kroměříž. No panic. That wasn’t Lad’s way.

He was always proud to tell anyone who cared to listen that the Archbishop’s chateau and gardens of Kroměříž have for several decades been a favorite location for international films and TV series such as “The Musketeers”, “The Young Indiana Jones Chronicles”, “Napoleon”, the pictorially stunning Russian epic “Ekaterina” and Miloš Forman’s big-screen translation of Peter Shaffer’s stage play “Amadeus”.

He was equally proud of his filmmaker son, Vlad, and his granddaughter, Eliška, and would produce photos of Eliška – a dark and beautiful young lady - at every opportunity. He had ever right to be proud of her.

Lad will be sorely missed and my deepest condolences go to his family, not least to Alena, Vlad and Eliška. 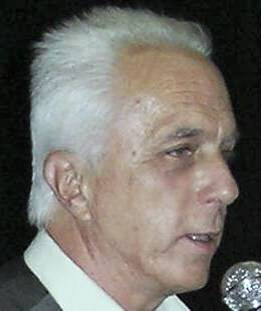 Thanks, Ian, for that lovely tribute to a remarkable man. I have said elsewhere that he will be much missed, not only in the Czech Republic, but in the whole community of amateur film makers worldwide.

I was introduced to him by my old friend, Percy Childs. When Percy died, Lad made a film in tribute to him. I hope someone does the same for Lad.

He showed us proudly round Kroměříž when we visited the ARSfilm festival. That evening Vlad premiered a new music video he had made. Lad was so proud. He was, as you say so well, kind and generous. His own film making tended toward documentary and reportage but always with a little bit of that big heart of his in each movie.

I was looking forward to seeing him in Blansko next month. He was the driving force in bringing the UNICA 2018 Festival to the Czech Republic and we were to discuss arrangements. I am sure that the fine team he assembled will make sure that event happens.

I will dedicate it to his memory.
Top
Post Reply
2 posts • Page 1 of 1